A few things strike me about New York, and I thought it'd be fun to share:

It is January 2009. We are in the middle of the most severe financial crisis of the past one hundred years (!)

People are being laid off everywhere and December unemployment rates rose above 7% with 550,000 people losing their jobs in the past month. Restaurants, shops, bars, and many other businesses are struggling to keep their heads up. And yet the Americans I have spoken with are full of hope - not despair. The tone of voice used in news reports, papers, and blogs is still very positive, outside the messages stating the current facts.

I hope 2009 will be a strong year, in many ways, for everyone.
But I'd like to try and point out the reason why I think New York and America are so strong, so that we don't rely on hope, but realize that it's up to us to make it a great year.

Hope, and determination, perseverance, hard work, not expecting others to take out their wallets and provide a safetynet (although that's partly what the federal bank is doing for some of the large corps that are in trouble), are all part of American society, and have made this society the most successful sand productive nation in the world, with the highest GDP per person.

This very approach to success, and the desire and determination to be successful is what's specifically great about being in New York.

Whether there is an international economic downfall, or personal troubles such as finance issues, divorces, health issues - there is a lesson to be learned from the way people in New York deal with these times.

It strenghtens my confidence in mankind's flexibility and will to survive, but more specifically it strengthens my belief that people can make it happen if they stay positive and keep making it happen for themselves. If they keep believing in a positive outcome.

America will recover from this downfall and find yet another platform to present itself as the most productive country around the globe, because people hold themselves accountable for making that success happen.

As long as you believe that YOU are in the driver's seat to make things happen for yourself, and act upon it - you can make it happen.

I love the spirit shown in New York - and hope to make that part of my approach to life going forward. I have no doubt that New York will flex right back into 'success' at some point, and it will be a great experience being a personal witness.

From the inspiredlivingquotes blog:
THE
CHOICE IS YOURS: FINISH STRONG
"Life is 10 percent what you make it and 90 percent how you take it."

How do you take it?
How will you choose to respond to the challenge before you? 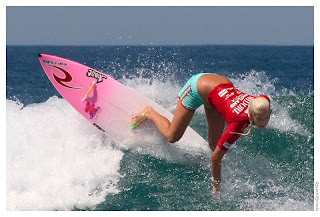 "Most of us have far more courage than we ever dreamed we possessed."

At 13 she was attacked by a shark while surfing.Within 6 months she was surfing again competitively... and WINNING... with ONE ARM. -BETHANY HAMILTON, 2004 ESPN Comeback Athlete of the Year

"When I started the company I was 52 yearsold. I had diabetes, lost my gall bladderand most of my thyroid gland. But I wasconvinved that the best was ahead of me."
-Ray Kroc, Founder of McDonald's

BELIEF
"To accomplish great things, we must not only act, but also dream; not only plan, but also believe."-Anatole France

"My mother taught me very early to believe Icould achieve any accomplishment I wanted to. The first was to wals without braces."
-Wilma Rudolph, the first American woman to win 3 gold medals in a single Olympics

Nearly killed in an auto accident that crushed his legs, he would struggle to walk for the rest of his life.. But, 16 months later he would win the US Open and ultimately 5 more major championships
-Ben Hogan

ATTITUDE
"How you respond to the challenge in the second half will determine what you becomeafter the game... whether you are a winner or loser."
-Lou Holtz

"It's not what happens to YOU, But how you react to it that matters."

PURPOSE
Nothing changes until something moves. How wil YOU choose to respond?

The CHOICE IS YOURS! FINISH STRONG!
Geplaatst door Unknown op 4:12 PM No comments: